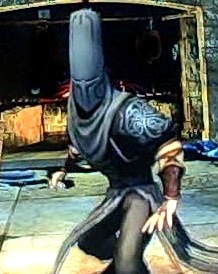 Dervish Assassins are the evil minions of the Mistress of Assassins. Our story begins the night they attacked the small mountain village of San Pasquale looking for some unknown hindrance to the plans of the Undead Five. They will have also taken control of the South Shore to seal off Venice from any interference, even as Scarlett tries to make her way there.

They make their primary lair in the Water Gateway.

Despite the fearsome name "assassin", these fellows in their pointy hats will be the least of Scarlett's opponents as she struggles against the machinations of the Undead Archon. 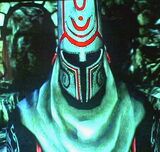 When encountered in numbers, a Dervish Elite or a Dervish Master may also be present. These are only slightly more worrisome than their subordinates.

Retrieved from "https://venetica.fandom.com/wiki/Assassins?oldid=5161"
Community content is available under CC-BY-SA unless otherwise noted.