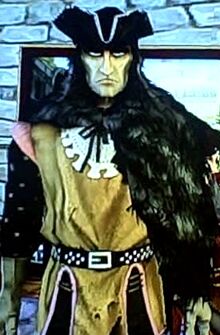 Rogues are frequent hazard in the city of Venice, especially at night on the dark, empty streets. Honest citizens retire to their homes and shops at sunset. These cutthroats and thieves can be found wandering the streets of the Outer City and Inner City, as well as the Arsenal District, most of the night.

Killing a rogue earns Scarlett 60 points to her Experience. 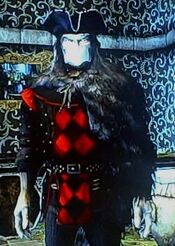 If encountered in their lair, there will almost always be a Rogue Master present. Rogue Masters are slightly more troublesome than their subordinate counterparts.

Killing a Rogue Master earns Scarlett 100 points to her Experience.

In addition to the generic rogues roaming the streets and alleyways, Scarlett will meet a few rogues who will introduce themselves by name:

Scarlett may receive up to three optional quests to get rid of bandits from the city. (Each time, as she's about to dispose of the last of them, they will warn her that once they are gone, something worse will take their place. Right they are.)