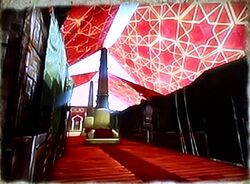 The Claw is Hector's Persian flagship, a huge cargo galley bristling with oars and Persian Mercenaries. It is anchored in a large canal behind the Persian Trade Center in the Inner City.

When Scarlett first gains access to the Inner City, The Claw will just be arriving, putting its contingent of Persian Mercenaries ashore to replace the normal inner city Guardsmen. They are hunting for someone who threatens the plans of the Undead Archon and his allies, including the Persian commander, Hector. 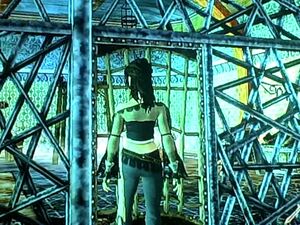 Scarlett begins her visit to The Claw in a dark cell deep inside the galley. (It's probably best she doesn't dwell on thoughts about how she got out of her armor and back into her casual clothes.) When she turns up the lantern, she may feel the cell isn't so bad, since the other side of the bars is a torture chamber.

There's a single Persian Mercenary standing guard in the torture chamber, along with a hapless citizen. Pairs of other Persian guards patrol the gangways outside, and two guard the treasure room (where all of Scarlett's belongings are stored.) 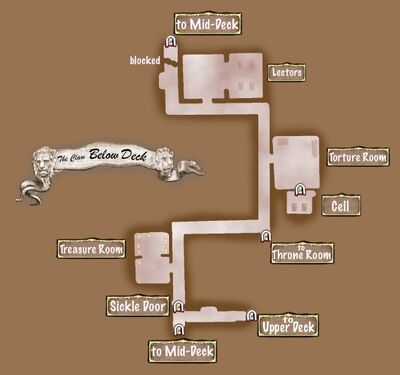 A summoning room has four Lectors apparently working on books at desks, perhaps writing their memoirs. (Scarlett should recall she will need to reclaim her Moonblade before she charges in, since that's the only weapon that can harm Lectors.) A pottery jar in this room contains the Crescent key to the exit door.

Beyond the door opened by the crescent key, there is an exit to the mid-deck and stairs leading up to the upper deck.

The mid-deck runs around the ship. From here, Scarlett can look up to the Upper Deck. Towards the bow from her point of exit, she will see a grappling hook on the gunwale, with a rope trailing down. It looks soooo inviting. Several Persian Mercenaries and their elite leaders patrol this deck.

There are several jars and urns of pottery containing treasure here for Scarlett to loot if she's inclined.

The door on the port side of this deck leads back to the same lower deck Scarlett started at, but the path is blocked by a pile of cargo. 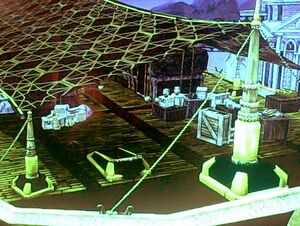 The upper deck is piled high with crates and barrels of cargo arranged in uneven rows, protected from the elements by a huge tarp draped over polls up above. Among the crates and barrels, Scarlett might find some items of use to her.

Several Persian Mercenaries and their elite leaders patrol the deck.

There are many pottery jars of various sizes containing treasure here for Scarlett to loot, if she's inclined. 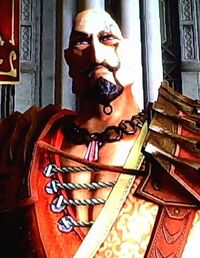 Hector's throne room is accessed from below deck, though getting through the door requires knowing the password. Once Scarlett has the password, she can enter and will find both Hector and Sophistos there. It's a large room with a high roof supported by two massive pillars. Hector's throne is at one end and a small shrine he's dedicated to his parents, including an urn containing their ashes, is at the opposite end.

This will be the location for Scarlett's confrontation with Hector, the second of the Undead Five she will meet in person.

Retrieved from "https://venetica.fandom.com/wiki/The_Claw?oldid=7494"
Community content is available under CC-BY-SA unless otherwise noted.