The Funny, the Puzzling, and the Noteworthy

The Funny, the Puzzling, and the Noteworthy[]

Some of the more unusual sights I encountered on my adventures. Note: All screenshots on this page are actual in-game scenes. Apart from some cropping or minor clean-up none of the screenshots has been manipulated in any significant way. Plus, no Cheats were used or even enabled. 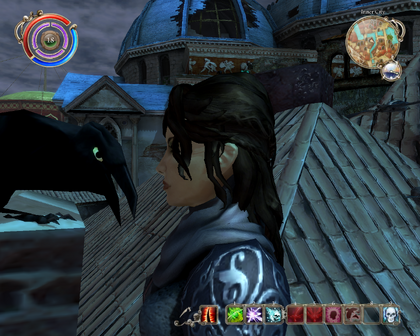 Inner City - You know, even in the world of Venetica it is not a healthy sign when you hear Ravens talk to you... 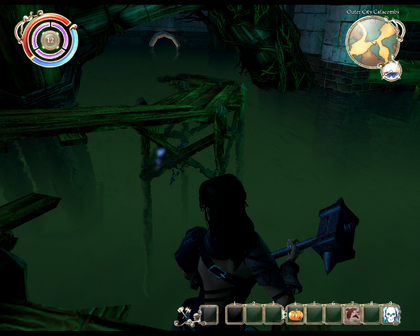 Outer City Catacombs - Did you know that you can trap a Gripper? The Cook will thank you. After all, Grippers are best only when absolutely fresh. 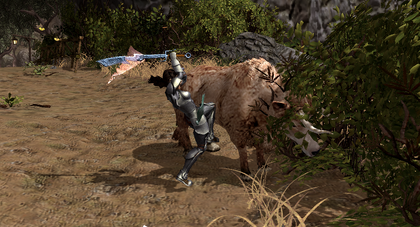 South Shore - I wonder if smoked beef is as good for my health as smoked ham. Daah -- these beasts are too stupid to die! 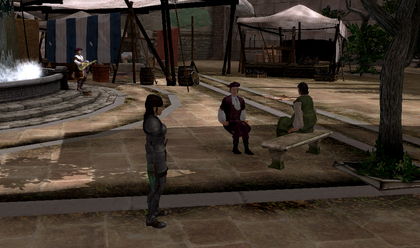 Outer City - Sure, squats are great exercise -- just look at the armor I am lugging around. But didn't you try to do something else entirely? 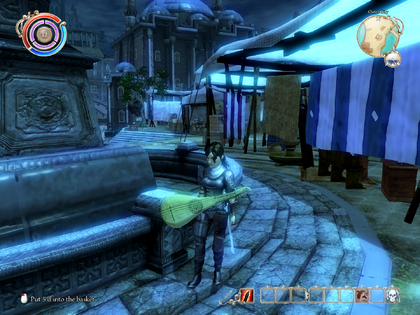 Outer City - Look that that -- the Bard forgot his instrument. If I play it, perhaps I can get some cash? 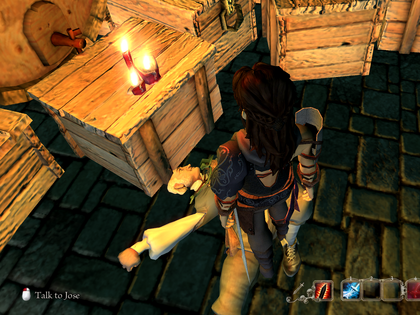 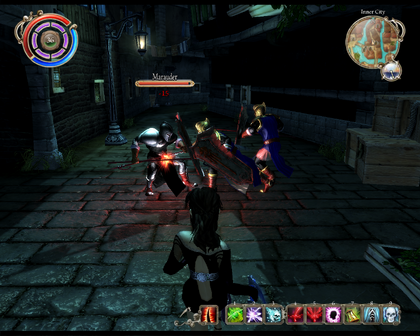 Inner City - Marauders fighting their own -- what has the world come to?

(Net of the Mask only: Late in the game, when you need to betray your guild, don't talk to the guards in front of the guild house -- in that case, they won't disappear after you returned to the Palace. Instead, they begin to clash with the Marauders). 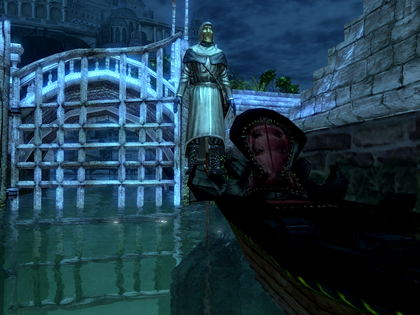 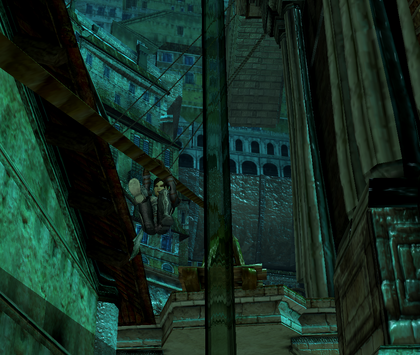 Arsenal District - Surprised by a pincer gambit of the Juma and Rogues, but I got away via zipline. The only bruised things are my health and my ego. 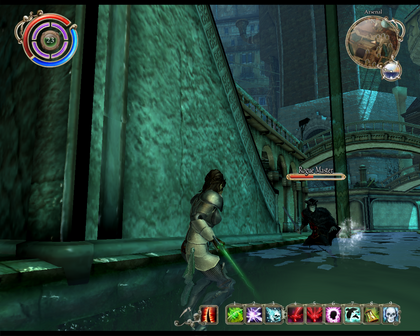 Arsenal District - Buddy, when I said "pushover", I didn't mean the Canals. 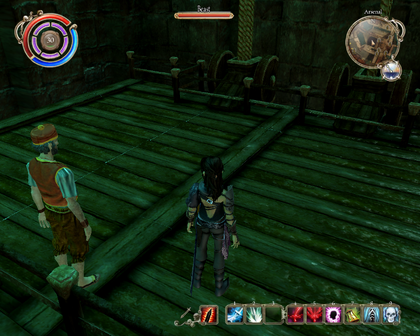 Arsenal District - The Platform Guard and I have been looking for this Beast, but it seems invisible. I can attack it with magical powers, but it does not seem to take damage. So where is it??? 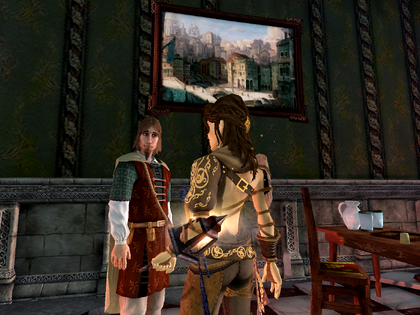 Arsenal District - Uhm, Doctor? I think I had an accident with the Lantern. Can you help me? 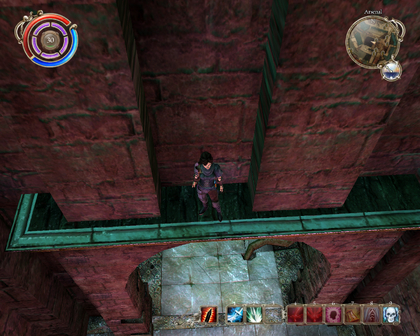 Arsenal District - I found a tiny hole in the laws of the universe...

If the Platform is in its upper position, you can sneak around the railing. You'll start to sink into solid ground and eventually fall through. Good thing that the game engine does not know about fall damage.

I want to emphasize again that no cheats were used. This and the following examples are exploits of errors in the the collision boxes. 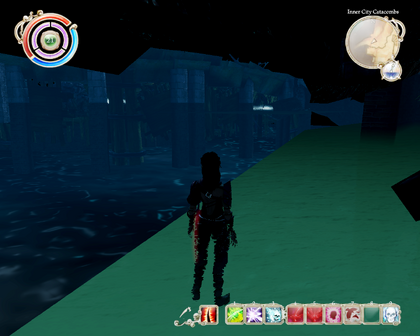 Inner City Catacombs - I think I found another tiny hole in the laws of the universe... I mean, this looks bad, really bad. It is not exactly a rabbit hole, but it sure is deep. Just makes me wonder if this is the top of the Twilight World or, even worse, I am staring into the Abyss.

Arsenal District - This district seems to be riddled with holes... here is another. When you exit the Catacombs, cross the canal, and turn left to walk along the wall, you can actually climb the wall (1). Tip: Walk close to the wall, but angle slightly away to begin climbing; halfway up, turn into the wall (2). If you did it right, you'll sink into the floor of the level above, which is otherwise inaccessible -- this may look funny (3). Cross the wall and you'll drop into an unfinished basement underneath the Platform (4). Although it is mostly underwater, you partly walk, partly swim (5). The prize appears to be a hidden Rogue who otherwise taunts you when you are near the Dockyard gondola (6). Claim the prize and exit the basement via the archway with the Stone Lilly, left of Scarlett's position in (6).

Arsenal District - And another one. This one provides you with a fast shortcut from the tavern to street level. Begin at the stairs, descending close to the banister, but slightly turned inward -- you start to climb the banister (1). From there, you can step onto the triangular tarp (2). Make a running jump in the direction of the streets and go into free-fall (3). If you steer properly, you land on the streets (4). Alternatively, you can "fly" backward to enter the unfinished basement from the top. Perhaps you can even reach the bridge? -- Never tried the last one.

Inner City - I always wondered how the sun moves. At sunrise and sunset, shadows move quickly, but since the sun is invisible, it is hard to trace in the sky. So... let's play sundial. Scarlett faces due north near the Net of the Mask guild house. Each frame was taken in two-minute intervals (real time), roughly from sunrise to sunset. What we see:

So where is this place? This Venice has to be deep in the Southern hemisphere, and it is winter, and most certainly not Italy. (Afterthought: Not all places have the same sun direction. For example, in the Doge's Palace, the sun actually rises in the east and sets in the west) 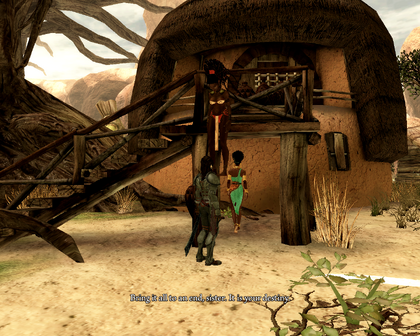 Juma Tribal Area - Nooooo! Princess, when you said, bring it all to an end, I didn't think you meant the rope! 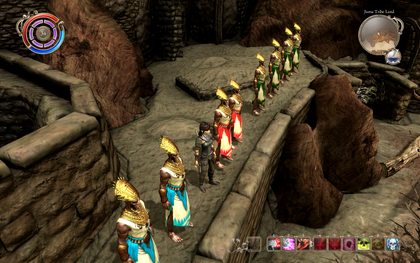 Juma Tribal Area - Do you think they'll notice me here? 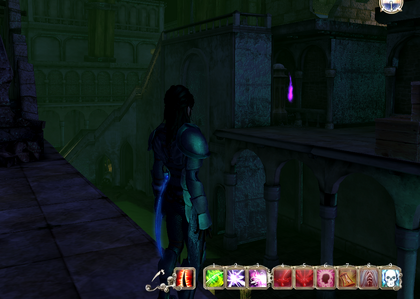 Arsenal Catacombs - Does anybody know how to reach this Raging Ghost? I tried all archways, plus smashing walls, looking for Portals etc, but no luck. 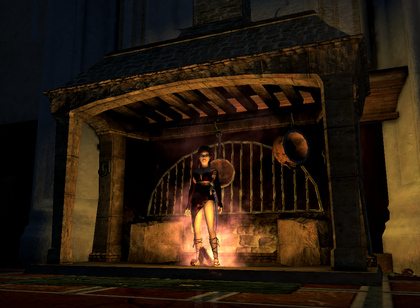 Palace - Look! Auntie, look! Your wonderful dress is not only magic-proof, but also fireproof! 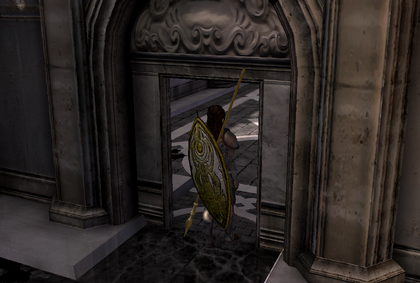 Palace - Ouch. Why is it always the small things that stop progress?

Palace - Uhh... guys? How do you do this? Did we have a telekinesis skill in this game?