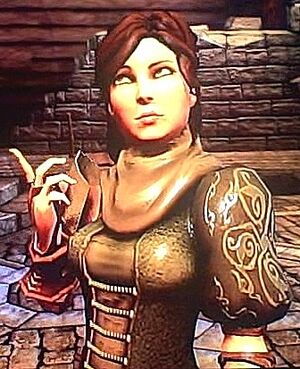 As a role-playing game, Venetica offers its heroine, Scarlett, a variety of paths and moral choices along the road she walks to achieve her preeminent goal of thwarting the Undead Archon. Many of these choices are simply role-playing opportunities that do not affect the course of the story. Others offer deliberate choices of which path Scarlett will pursue to reach her final objective.

Venetica has two endings or denouement, actually viewed as a choice of cut scenes after the final battle, depending on whether overall, Scarlett has been "Honorable" or "Villainous" (as the game puts it.) In fact, there are separate Achievements (Trophies) for completing the game each way (Honorable Success and Villainous Success), meaning that to earn all of Venetica's Achievements (Trophies), at least two play-through's are required. (In fact, since there are separate trophies for completing the game as a member of each of the three Guilds, at least three separate play-through's are required. (See Play-through recommendations.)

Of special note are conversations with Death and Benedict in the Twilight World. These may occur in dreams, at the conclusion of decisive battles with one of the Undead Five, or when using the Gateway Idols. Here, Scarlett can directly express her motives in pursuing the Undead Archon. She can opt to strive for vengeance or to restore the balance.

Scarlett will encounter the opportunity to perform many optional Quests through the course of Venetica's story. The majority of these optional quests are helpful to others, and so presumably honorable pursuits. Only a few are villainous.

A few optional Quests permit more than one outcome, depending on Scarlett's choices: Cousin Rupert, How to Move Rocks, Where's the Man?, and Heir to the Mansion, as well as mandatory Quests with multiple outcomes, such as A Stolen Key, Abandoned Honor, Secret Errands, and Steward's Trust.

Because there are so many more honorable optional Quests, it will be much easier for Scarlett to earn such Achievements (trophies) as Quest Master, Legendary Hero, and High Esteem when following the honorable path.

There are a few points in the game where Scarlett makes a decision with some real consequences for how the story can unfold.

Scarlett's first major decision is which of the three Guilds she joins (she must join exactly one.) While all three guilds offer equal opportunities for completing the story, earning Experience and Reputation, the Hooded Wings guild, with its "no questions asked" policy, offers the greatest opportunity for mischief.

As a member of the Hooded Wings, at the conclusion of the Signal Fires quest, Scarlett will have the choice of asking questions or not. If she asks no questions, she will have an opportunity to complete the villainous No Questions Asked quest next.

Once Scarlett reaches the Arsenal District, she has a choice of how to complete the Secret Errands quest. Whether she chooses to kill Mercutio, or spare him and find another path, will determine the availability of future quests an transportation. Since Mercutio is a Rogue working for Kitten, and the man who wants him dead, Largo, is the representative of the Doge, the choice may not seem so obvious; but sparing Mercutio will allow Scarlett to join the (presumably villainous) Pirates! later.

When trying to earn the Steward's Trust in the Palace, Scarlett must betray her Guild. She may, however, decide whether to fight on the side of her Guild or for the Marauders sent to kill them. This has no direct consequences for the continuation of the story, but will be part of determining whether Scarlett has followed the honorable or villainous path.

Lastly, in the Palace, as part of the Glory Forsaken quest, Scarlett may decide whether to turn power over to the Palace Guard, the Rebels, or the City Council. Again, this has no direct consequences for the continuation of the story, but will be part of determining whether Scarlett has behaved nobly or ignobly.

Not all of Scarlett's choices are clearly noble or ignoble. Sometimes, she may be forced to do things she would rather not. For example, even if she is trying to be honorable, she will have to deal with a nasty Rogue, Tusker, in the Inner City, in order to follow The Pathway to the Claw; Scarlett will later be able to clarify her motives by either apologizing for or defending her actions when she speaks with Drago. Despite her best intentions, Scarlett will eventually have to betray her Guild in order to earn the Steward's Trust and get into the Palace. but she will have a chance to explain herself and spare the guildmembers if she wishes to remain honorable.

Sometimes, Scarlett's choices are unclear. For example, when dealing with The Concealed Final Will, it's not clear which is more honorable: to lie to Don and Nesto so Don can open an orphanage, or tell the truth but give the money to Nesto, or she can tell them their father wished the inheritance split between the brothers, a neither villainous nor heroic act. None of the choices seems to affect the game except later in the game if Scarlett chose a certain brother she'll be chastized for it by the brother she didn't choose, but they still help her, regardless of hr choice.

Unlike Reputation, there is no visible stat counter weighing the karmic burden of Scarlett's soul. As a result, it's not always possible to determine with certainty which actions Venetica considers honorable and which are considered Villainous. So much of the recommendations below are mere surmise based on multiple play-thru's. 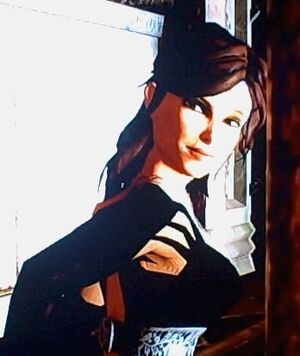 To complete Venetica's story the "Honorable" way (and earn the Honorable Success Achievement / Trophy), Scarlett should be as helpful, noble, and courteous as possible.

Accept and complete as many of the following "helpful" optional Quests as possible:

Avoid, decline, or leave unfinished the shady optional Quests such as:

For some Quests, there are more than one path to completion:

When and if Scarlett has an opportunity to either pardon a slight or challenge a fight, she should be forgiving. Rather than challenging them to a fight, pardon Rat, Jose, the Persian informant Casmir, & Tusker.

Sweet-talk Prince Veridor out of the password in the The Heart of the Claw quest, rather than picking a fight.

During the Steward's Trust quest, Scarlett should side with her guild during the fight.

During the Glory Forsaken quest, Scarlett should give power to the Rebels.

After stirring a revolt, help the Guardsmen fight the Necromancers. Pop into the many Palace rooms and agree to rescue terrified Courtiers from Necromancers.

Because there are so many more selfless and noble optional Quests, it will be much easier for Scarlett to earn such Achievements (trophies) as Quest Master, Legendary Hero, and High Esteem when following the Honorable path. 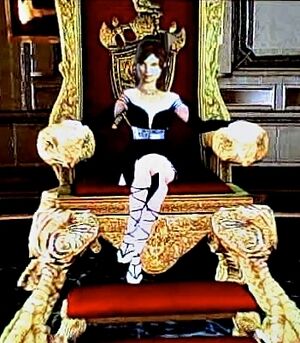 To complete Venetica's story the "Villainous" way (and earn the Villainous Success Achievement / Trophy), Scarlett should be unhelpful to others and as rude as possible. Never miss a chance to pick a fight and kill someone.

Avoid as many of the "helpful" optional Quests listed above as possible.

Seek out these shady optional Quests:

For some Quests, there are more than one path to completion:

Threaten Prince Veridor to get the password in the The Heart of the Claw quest, and go ahead and fight him (he'll surrender and tell her the password.)

During the Steward's Trust quest, Scarlett should betray her guild and side with the Guardsmen during the fight.

During the Glory Forsaken quest, Scarlett should give power to Lucio and the Palace Guards.

Kill them All. Let Death Sort them Out? Edit

Scarlett will encounter many enemies in pursuing her quest. For some, there is no choice but to fight and kill. For others, there are explicit choices whether she chooses to fight or negotiate. For many, she can either choose to kill or she can choose to avoid them. Many potential enemies, especially Creatures and Minions, can be easily circumvented by fleeing or going around. Scarlett has an easy way to avoid a lot of fights by invoking The Passage to walk past enemies unnoticed. The story gives some evidence that such opponents as the Persian Mercenaries and Juma Warriors are simply loyal to their leaders, who have joined the Undead Five, so perhaps it is more honorable to spare them. Victor will confront Scarlett with the number people she has killed at the story's conclusion to emphasize the point.

On the other hand, killing is a significant source of Scarlett's Experience. Reaching the highest levels isn't necessary to defeat the Undead Five, but it helps (and a couple of Achievements/Trophies are awarded for maxing out). So, there's a motive for going hunting (wandering the streets at night looking for enemies to kill.)

To be truly villainous, Scarlett should take any opportunity to insult, confront and fight Soros (Pigeon keeper on South Shore), Rat (Outer City), Jose (Inner City Tavern), Tusker (Pirate Ship in Harbor), Master Deimos (Net of the Mask guild), and Prince Veridor, but spare the Rogue Masters in their lairs and Mercutio. Use the Villainous path to learn the Rogue's Physical Skills such as Deadly Silence and From Venice with Love from Crowe.

Use the Villainous path to earn the Apple Wine Achievement (Trophy) by killing Jose.

Retrieved from "https://venetica.fandom.com/wiki/The_Good,_the_Bad,_and_the_Beautiful?oldid=8027"
Community content is available under CC-BY-SA unless otherwise noted.